I always love it when Phil Dowd (above) referees Spurs. Lots of potato jokes amongst my crowd.

“Is it just me or does Phil Dowd look like a potato with a pack of cards?”

“Don’t be silly! Potatoes have eyes.“

(I actually think Phil Dowd is terribly sexy in a weird way. Which I know I probably shouldn’t admit.)

Aside from Phil, it’s a big week for all the teams and referees in this tight, tight season. Here are this weekend’s appointments: 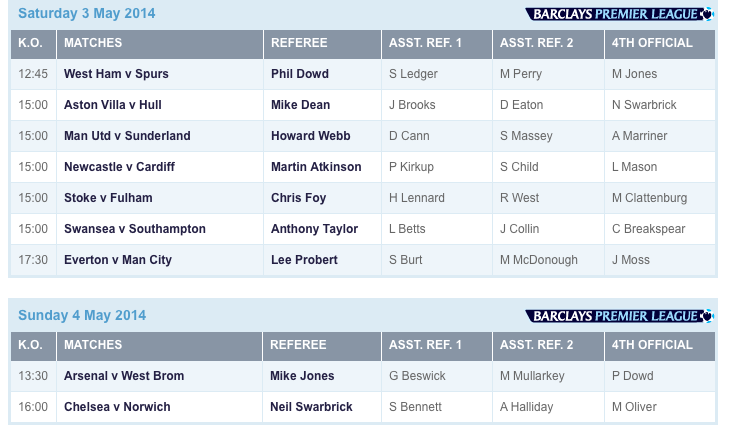 Lee Probert, who will referee the FA Cup Final on May 17, takes probably the biggest game: Everton v. Manchester City. Everton need to win to have even the faintest hope of Champions League; Manchester City have to win to win the title.

(And for those interested, dreamboat assistant referee Harry Lennard will be with Chris Foy at Stoke.)

There are several matches this week, including some to games in hand: 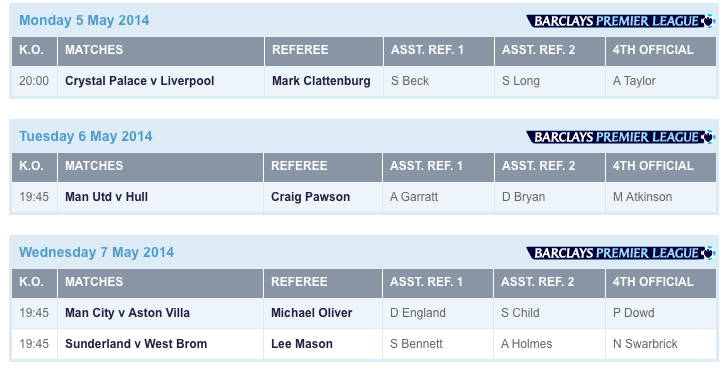 Mark Clatttenburg will get Liverpool again, in their fight for the title.