So, old Clatts is doing his usual high-profile derby game with Manchester United v. City, and makes one of his usual high profile calls.

The basics: Vincent Kompany comes flying in with what appears to be a high foot and appears to take out the United player. Seems a straightforward red card if you don’t know what you’re doing.

But Clattenburg does know what he’s doing (no, seriously) and he was immediately not as convinced as most people wearing red. He spent at least a minute asking his team questions over the headset, then even sent all the players away and ran over to his assistant. When he was satisfied, he turned to Kompany and showed a yellow card, to boos resounding around Old Trafford.

Kompany clearly clutched his upper thigh at the beginning of that lunge, and as he proceeded through it it was clear his timing was all off and, indeed, he f’ed the whole thing up. He knew immediately and tried to apologize. This wasn’t deliberate (though, to be fair, it doesn’t have to be if the refs think it rises to the level of dangerous play).

He also, as the above images show, got the ball. It was definitely a card, and I personally think the yellow was fair.

Could Clattenburg have given a red? Perhaps. But he made a considered decision to keep a major derby 11 v 11 and I think he did the right thing.

Second, this whole thing is more proof that video replay is rubbish.

Oh my God at the drama on Facebook that Clattenburg didn’t immediately reach for his card! He’s taking too long! Why is he talking to the AR? Just make the damn decision!!!

Yeah, people, what do you think will happen when they’re all huddled around a television screen? If you think this (and similar incidents this year) is a referee “taking too long” than you’ll hate video replay, trust me. Don’t believe me? Ask American Football.

Not only that, but NBC immediately showed a replay and the announcer said “See, he got the ball.” Half a second later, they showed another angle: “Oh, no, maybe he didn’t.” That’s the dirty little secret about video refereeing: A lot of the time, it doesn’t actually help.

For all those people out there saying video replays will solve all the world’s problems, there’s a reason no major league uses it. And if you have a problem with Mark Clattenburg taking one minute to make a decision in a huge match, then I don’t want to hear about “video replay.” 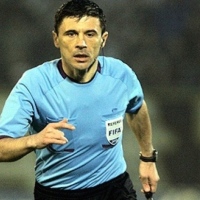 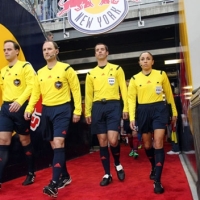 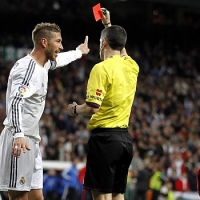