Red Card or Not?

Let’s state this right up front: ManU are collapsing.

So there’s no reason to go over their calamitous 3-1 defeat at Chelsea. What is worth discussing are two calls Phil Dowd made in injury time, one to send Nemanja Vidic off with a straight red card and one to keep Rafael on with a yellow.

Either way, ManU ends up with one guy suspended, but let’s go through it.

Vidic Red Card: Red Card(ish)
The Twitterverse exploded with indignation when Vidic was shown a straight red for taking out Eden Hazard. (“That has always been a yellow card!”) And Vidic did an amazing pantomime when he saw the card. But watching the game, I wasn’t so convinced. If you look at the replay, not only is he nowhere near the ball but that outer leg actually sweeps across Hazard’s legs. I would guess Dowd – who was perfectly positioned – saw that as dangerous play (and he’d be right) and we don’t know how many times he warned Vidic up to this point. Could have gone the other way, but I generally think Dowd got it right.

I do like Jose Mourinho’s take on the subject, though, that maybe it was an “orange card.”

In any event, the red card has been upheld, and he’s suspended for three games, including today’s Capital One Cup game against Sunderland.

Rafael Yellow Card: Red Card
Just a minute or two later, Rafael nearly killed Gary Cahill. Both legs were completely off the ground, studs showing, and he had the nerve to act all cutesy-shocked that anyone would freak out about his leg-breaker, horror tackle (which Chelsea did, en masse). Now, this seemed like a no brainer red card, but Dowd showed yellow. While it’s possible that Dowd was being lenient (having just sent off Vidic and it literally being seconds before the end of stoppage time), Rafael did get a touch on the ball, unlike Vidic. I’m guessing that’s what saved him. I still think Phil got this one wrong, though.

One good thing: Since he’d just been fined the week before, we didn’t have to listen to David Moyes blame his team’s woefulness on having to play the officials. 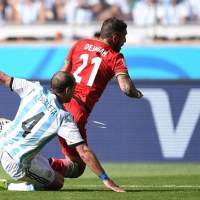 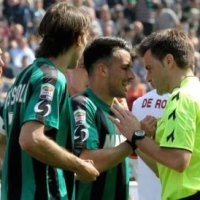