Penalty or Not: Yuichi Nishimura and Brazil v. Croatia

Needless to say, this isn’t how FIFA wanted the World Cup to start.

People have a lot of concerns about several of Nishimura’s decisions. I, personally, thought Neymar’s elbow to Luka Modric’s face was deliberate. (He checked to see where Modric was, then swung his arm not once, but twice in quick succession.)

And I thought the disallowed goal was bizarre; I couldn’t tell if the call that Ivica Olic fouled a beaten Julio Cesar in the box came from Nishimura, or from a linesman who was behind play. (And it still really doesn’t feel like a foul to me…)

If you want a rundown of all of Nishimura’s perceived faults, go see what Croatia coach Niko Kovac has to say.

Was it or was it not a penalty on Fred by Dejan Lovren?

Here’s one view. (This also shows Nishimura’s badass, full-speed point to the spot. That was probably the coolest thing he did all day.)

This appears to be a flat out dive by Fred. Lovren doesn’t seem to be touching him, and certainly not enough to pull him down like that.

Nishimura did yellow card Lovren (I think), though Fred’s back was to the goal so it wasn’t a denial of goalscoring opportunity and thus a red. I’m not sure if the yellow was for dissent or not, though he was pointing to Lovren immediately.

Basically, this was what my friends and I call a clusterfun.

Penalty or not? Not

Will we see Nishimura again? It’s hard to say. It will depend on whether or not FIFA believe that it was an understandable error, and how many other mistakes they think he really made. Also, there are only 25 regular center referees, so they may need everyone on deck.

I think it’s safe to say his chances at the final, though, are pretty much nil.

The truth is, this would all be less of a big deal if Brazil had played well. But they didn’t, and if they hadn’t benefited from several of Nishimura’s calls, they may well have lost this game. And while that would have sucked for the host country, with all the talk of match fixing, it puts FIFA in a bad spot.

(To be clear, I don’t think Nishimura did any of this on purpose; World Cup is notoriously unforgiving and referees want to stay in as long as they can.)

For sure, the pressure is seriously on Friday’s referees – Wilmar Roldan, Nicola Rizzoli, and Noumandiez Doue – to perform well. One more high profile error so early in the tournament and serious questions will start to be asked.

Let’s cross our fingers for those guys. 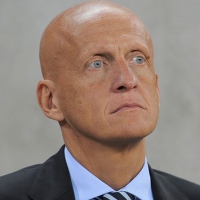 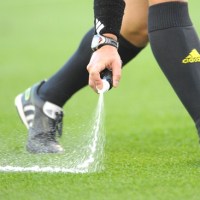 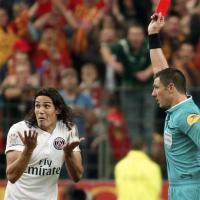